Milk and biopolitics : the emergence and re-conceptualization of food sovereignty in the raw milk movement as a means of resisting biopower 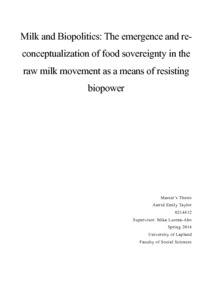